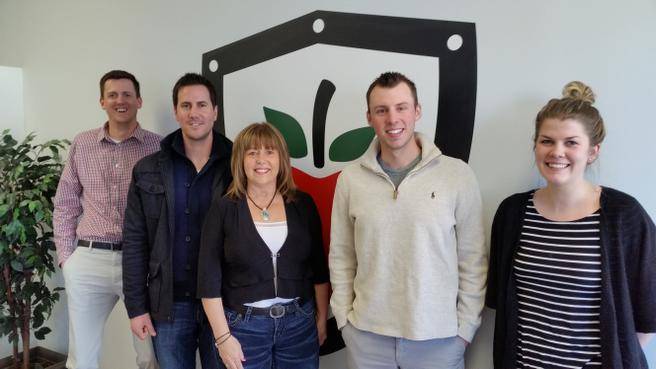 Five years ago, U.S. President Barack Obama signed into law the most sweeping reform of food safety in more than 70 years. It’s called the Food Safety Modernization Act — and unless you work in the food industry, you probably didn’t notice. But at Iron Apple International, there’s a team of people whose jobs were created by someone who did.

The goal of the FSMA is to increase food safety from farm to fork — and Iron Apple has created a turnkey solution that helps get it done. The new regulations introduced as part of FSMA requires food processors, farms, distributors, brokers and transportation companies to comply with strict safety standards.

“This is the first time in history that a documented safety program needs to be in place for the transportation and warehousing of food,” explains Hugh Latimer, Iron Apple’s Chief Operating Officer.

The new regulations will prevent practices that put the safety of food at risk, such as inadequate refrigeration or cleaning of vehicles, and Iron Apple has created a turnkey, digital platform that makes compliance easy. The two-year roll-out of FSMA begins in September and the penalties for not complying include the closing of facilities stopped shipments, fines and jail time.

“Unless you can prove that you’re following the regulations, it doesn’t count,” said Latimer. “The forms that need to be completed are built right into our platform, so they can be filled out consistently, quickly and easily on any laptop or tablet with a WiFi connection.”

Convenience is Iron Apple’s calling card. But their paperless solution leaves little room for error, and their team has significant expertise with food industry regulations, as well as the standard operating procedures that make those regulations practical. Spread out over five different locations, they’re also adept at leveraging technology to get the job done.

“We secured our first deal in Dallas, Texas yesterday and we haven’t even met the client face to face,” said Latimer. “If we can function well as a team in different locations, surely we can offer that kind of support to our customers, too.”

Their customer list includes Oceanex, Midland, and Erb Transport and is expected to grow significantly, thanks in large part to the focus on forming strategic partnerships with other suppliers and service providers.

“We have a lot of partnership opportunities on the table right now,” said Latimer. “Our first partnership was with a company out of Australia who is the largest private certification company in the world. We have an arrangement with them to audit and certify all of our customers to verify that they’re actually following the Iron Apple safety process. They open a lot of opportunities for us worldwide, but we know this is not going to be an overnight success. We’re trying to create value in the long term and it takes time. Celebrating the small victories along the way is what keeps everybody going.”

As they grow, Iron Apple has full intentions of preserving their local roots.

“We believe that Maritimers have a can-do attitude,” said Latimer. “We’re all about developing people. We want to leverage the strong talent pool that’s here, and we’re trying to source as much of our support system from the Maritimes as we can.”